One of the most popular plants among gardeners is clematis. It attracts attention with luxurious flowers of different colors, depending on the variety. But, like most other plants, it can be sick, it can be affected by pests. In order for the fight against such problems to be successful, it is important to know which diseases of clematis are and what to do when they develop. 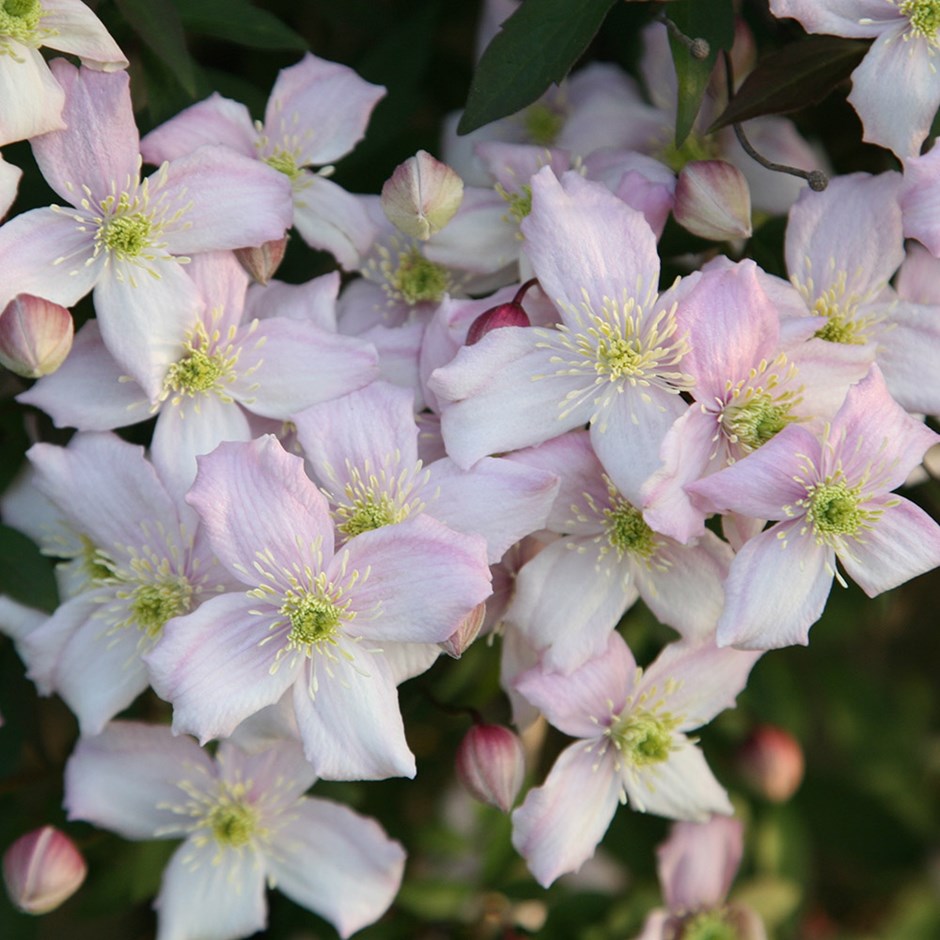 If clematis leaves turn yellow, what should I do? - First of all, you need to find out the reason. After its elimination, the plant will grow and develop fully. Often, despite leaving and choosing the right place, processing with chemicals, the leaves continue to turn yellow, brown and dry. 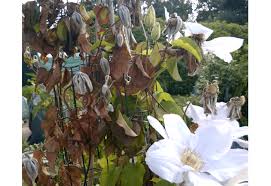 In this case, you should think about the proper feeding of the flower. Every year he updates his shoots, spends a lot of resources on long flowering. He needs to be fed with mineral elements: magnesium, sulfur, nitrogen, iron, manganese, zinc and copper.

With a lack of magnesium, spots first appear on the leaves, then yellowing and wilting begin. The tips dry and curl. This happens if you plant a bush in sandy soil. To avoid this problem, magnesium sulfate must be added.

If young leaves begin to turn red or yellow, brown spots appear, this may indicate a lack of sulfur. To replenish it, you need to feed the plant with calcium sulfate or ammonium sulfate.

Important! Redness and yellowing are noted with a lack of nitrogen. His plant receives when making peat, humus, manure. In spring, you can feed clematis with calcium nitrate, urea.

If the upper part of clematis begins to turn yellow, gradually going down, this indicates a lack of iron or that the soil is calcareous. The fight against this situation is carried out with the help of fertilizers that will acidify the soil - sulfuric acid, iron chelate. With a deficiency of manganese, zinc and copper, the leaves can also turn yellow and dry. You need to treat the plant with copper sulfate, humus, zinc sulfate.

Why do clematis leaves dry?

Diseases of clematis are almost always manifested by negative symptoms on its deciduous mass. The reason that the leaves dry out is most often rust. First, spots appear on the leaves, after which they begin to curl, dry out and completely fall off. 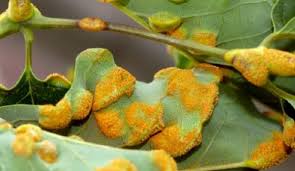 Also one of the reasons for the leaves to dry is the growth of weeds around the plant. Inadequate watering can also provoke such a problem.

Why does clematis fade?

Sometimes flower growers are faced with the question of why clematis withers. Common causes of the problem are:

Clematis leaves turn black: what to do

Also, lovers of ornamental plants may encounter a problem such as blackening of leaves. The following causes can cause this symptom:

If clematis leaves turn black, what to do:

Important! This happens in the rainy season, along with brown spots on the leaves a fluffy coating appears.

Fungal diseases of clematis and their treatment

Wilt in clematis is a very serious disease. 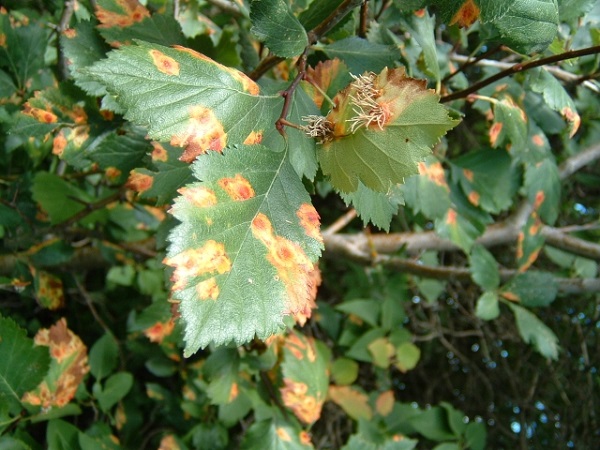 Wilt tends to spread rapidly, causing the plant to die. Most often, wilting begins to appear at a time when abundant flowering and maximum shoot growth begin. At this time, the root system is experiencing increased stress, becoming vulnerable to the development of diseases. Also, excessive irrigation of the soil can provoke the appearance of pathogenic flora. Wilt manifests itself with the following symptoms:

Anti-aging should be done as quickly as possible. The first thing to do is remove the weeds around the bush. Next, treat it with a solution of Fundazole or Previkur. In spring and autumn, pour bush with a solution of wood ash, dolomite flour. If the infection is too strong, the plant dies. It must be dug up and disposed of.

Very often, the plant affects the phomopsis fungus. It appears as brown spots on large leaves; as it develops, the leaves turn black and fall off. The fungus also spreads to shoots. 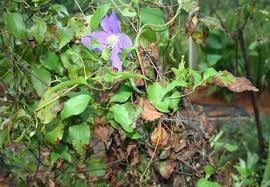 Treatment of the bush is carried out using fungicidal solutions. Fallen leaves and affected shoots must be disposed of. Water stagnation should not be allowed; if necessary, the bush should be transplanted to a sunny area.

With high humidity, with prolonged rains, clematis can be vulnerable to the development of gray rot. Buds, leaves and stems are covered with gray-brown spots. 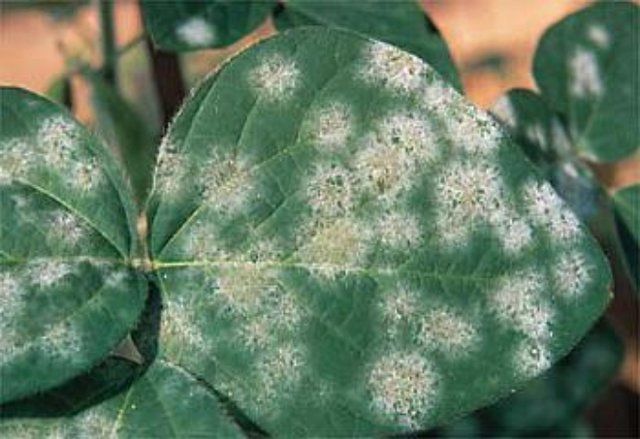 The causative agent of the disease is a fungal microorganism, its spores quickly spread to the leaves and stems. The fight against the disease is carried out using fungicides - Fundazole, Previkur.

Clematis undergoes fungal wilting, the causative agent of which is fusarium. Mycelium of the fungus penetrates into weakened plant tissues, disrupting vascular conduction, metabolism. More often, such a disease appears on large-flowered species, on young plants.

Important! The fight is carried out using fungicides. You also need to remove all affected shoots and leaves, dispose of them. Be sure to sanitize the tool.

It affects the ground parts of the plant. Bright orange spots appear on the foliage, stems. Gradually, these parts of the bush die off. The cause is spores of the fungus, carriers are weeds.

Clematis are vulnerable to powdery mildew. 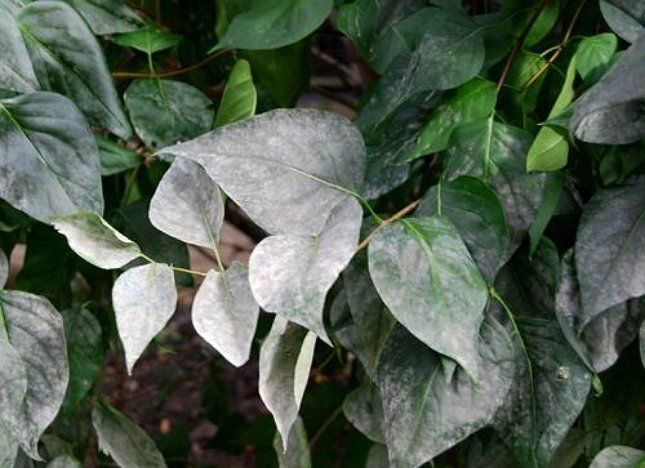 Important! Initially, a white coating appears on the leaves, underneath the tissue dies. Also, the disease spreads to shoots. The causative agent is a fungus.

It manifests itself as spots on leaves in the middle of summer. The causative agent is the fungus scojita. The result of his active work is dark brown spots.

The causes of these diseases are fungi. Symptoms - the appearance of dry spots, the death of foliage and shoots.

Viral diseases of clematis and their treatment

This viral disease is rare. It manifests itself as a loss of foliage, up to complete discoloration.

The defeat of clematis by insects

Aphids on clematis: how to fight

This pest infects all parts of the bush. 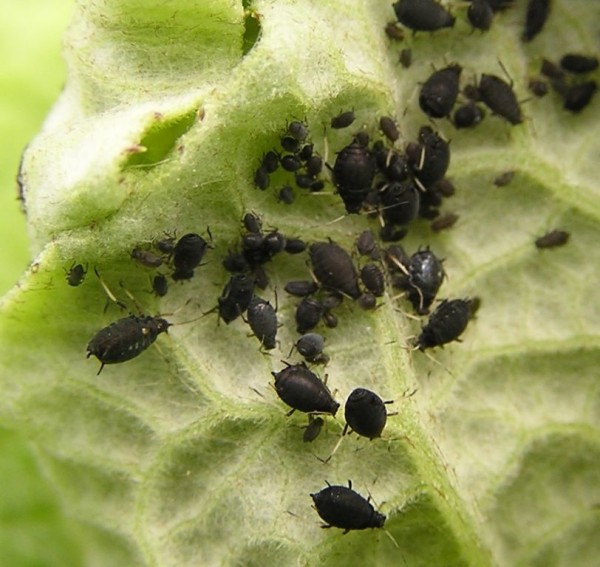 It hibernates on weeds or on neighboring plants; it can hide in clematis.

If aphid appears on clematis, how to fight:

When affected by a spider mite, yellowing of the foliage, drying out of the buds, the appearance of cobwebs on them are noted.

The fight is carried out with the help of:

These pests are especially dangerous in spring, as they eat young stems and buds. 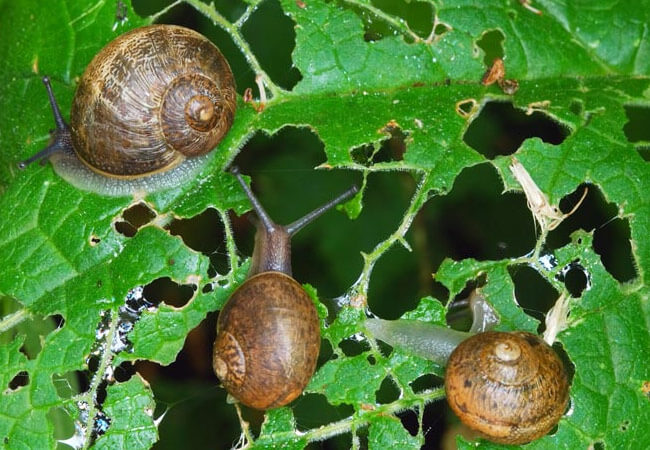 Microscopic worms called nematodes damage the root system of clematis. As a result, the leaves become pale, flowering stops, the plant dies. It is useless to take any measures against these pests. The affected plant must be dug up and disposed of. Prevention consists of planting marigolds and marigold near bushes.

A small butterfly, which then turns into a caterpillar. 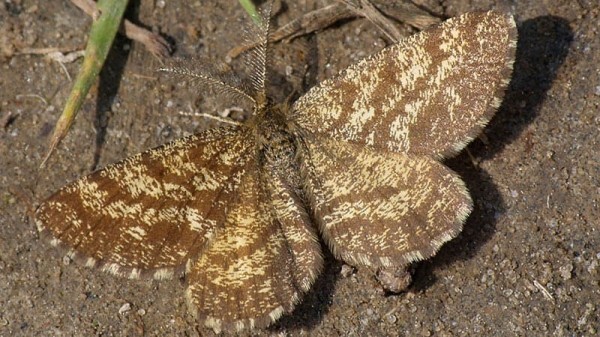 Important! It is the caterpillars that are harmful to plants. They devour deciduous mass, spread the web.

You can fight them with acaricides or insecticides.

This is a butterfly that also turns into a caterpillar. 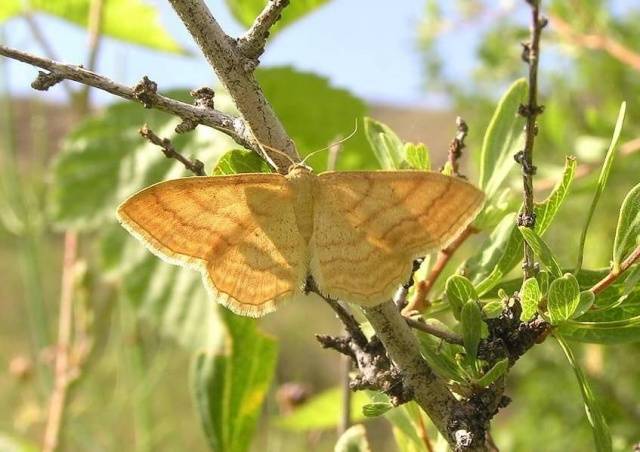 The struggle consists in the manual collection of caterpillars and pupae, in spraying the bushes before the flowering period with a solution of Agravertin or another insecticide.

Mealybug or shaggy louse eats young shoots, leaves, buds. The plant stops growing. The methods of struggle are as follows:

The plants feed on the juice, after which the bush dries. The methods of struggle are as follows:

These are large pests that live in the soil. 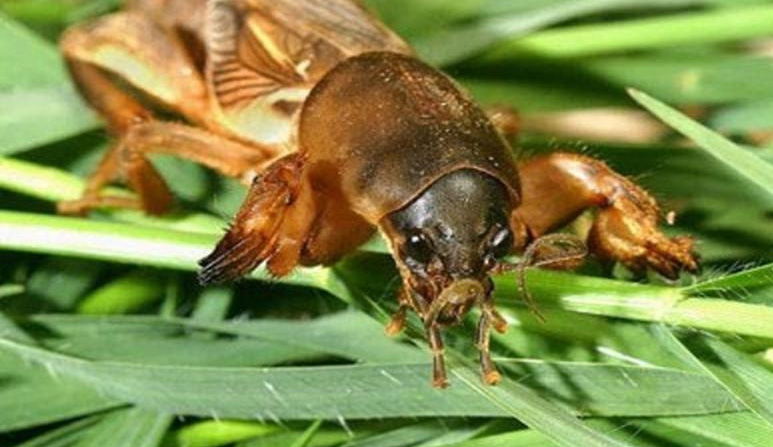 They feed on the roots of plants. To destroy, a metarizin insecticide or soap solution is poured into the holes.

Clematis can have a large number of diseases. These plants are susceptible to pests, and also react sharply to inappropriate weather conditions. However, for each disease there is a treatment. Thus, today, with a modern abundance of store-bought preparations and folk methods, clematis can be successfully grown.