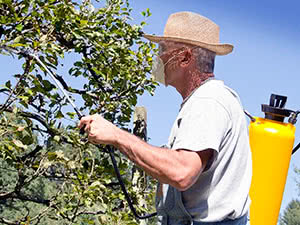 A lot of articles and reviews are devoted to the topic of combating diseases and pests of garden plants, but usually they describe protection methods for large agricultural enterprises and farms. And how to protect your gardens from various misfortunes for gardeners and gardeners amateurs? We offer you an overview of tools that will allow you, if necessary, to easily, efficiently and environmentally soundly protect your household plots and summer cottages from pests and pathogens.

Typically, in such reviews, the reader is offered long lists of traditional and proven drugs: 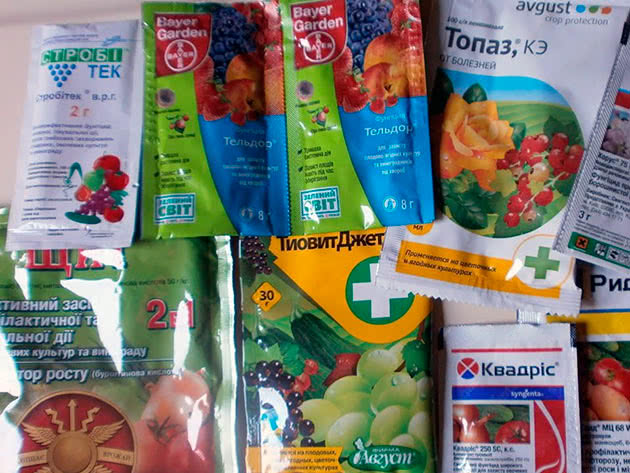 In the photo: Chemicals against plant diseases and pests

Other fungicides are also known to any summer resident: Topaz, Rayek, Tilt and Revus. And this is only a means to prevent and treat diseases, and there are many more effective poisons for pests.

All these drugs contain harmful substances that can accumulate in the soil and the environment. They are fatal even for beneficial microorganisms; their effect adversely affects the quality of the crop. On an industrial scale, it is difficult to do without them, but in a small private garden, flower garden or garden where children run around, cats and dogs roam, it is very dangerous to use these potent chemicals.

Plants have natural immunity, and the progress of agricultural sciences has led to the possibility of drawing on our own reserves of plant protection and the birth of new systemic ways to influence the health of plants.

The use of immunostimulants that activate the internal strength of the plant is positively different from the use of pesticides, since it does not cause addiction to parasites and harmful microorganisms, moreover, these funds are not aimed at combating pathogens, but at developing, strengthening and protecting the cultivated plant.

Usually immunostimulants act systemically and have a pronounced fungicidal and anti-stress effect.

A good effect is possible when using immunocorrectors simultaneously with pesticides: the consumption rate of the main drug and the number of treatments can be significantly reduced, and the harmfulness and stress for the plant is reduced to a significant extent.

One of the first products released and actively used is Immunocytophyte, which stimulates the production of special compounds to protect plants from harmful effects. The mechanism of action is similar for the preparations Novosil and Simbiton, however, their effect on the immune system of plants is not so strong. Now many different products of this type are being produced: Extrasol, Agat-25K, Baikal EM-1, Fitosporin-M , Gumistar, Narcissus, Fitokhit, Agrokhit, Chitozar, Ecogel and others.

The most effective, most modern immunity inducers are made on the basis of chitosan , their active substance is derivatives of chitin - a substance contained in the skeleton of arthropods. Under the influence of the drug, an imitation of the activity of pathogens occurs, and a protective mechanism is activated in the plant. The preparations Zircon , Epin-Extra and Tsitovit are deservedly popular and loved by gardeners and florists. 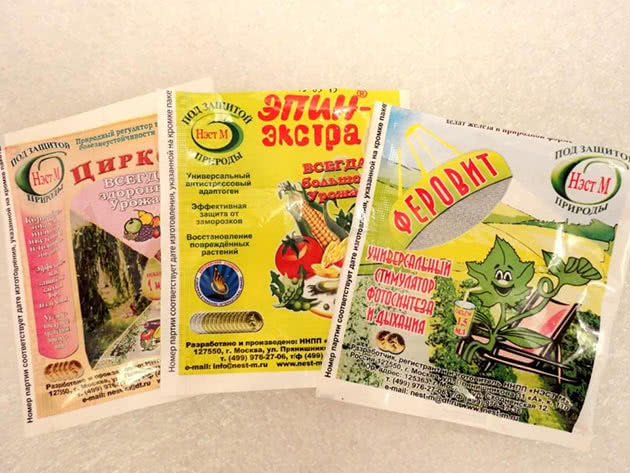 In the photo: Plant Growth Stimulants

Zircon is a powerful modulator of the plant’s immune system, which is used to form a powerful and healthy root system, stimulate early and abundant flowering, and form an ovary. The drug has an anti-stress effect and the ability to protect the plant from heavy metal contamination. This product is made from Echinacea purpurea and is recommended for use in hot weather.

Epin-Extra is a proven defender after the stresses suffered by plants (transplanting, pruning, freezing, rainfall and hail) and has pronounced adaptive properties: it helps to increase the resistance of plants to diseases and pests. It is important that the drug is very effective even in rainy and cold weather.

Cytovit is an organic fertilizer that is quite effective with regular use. 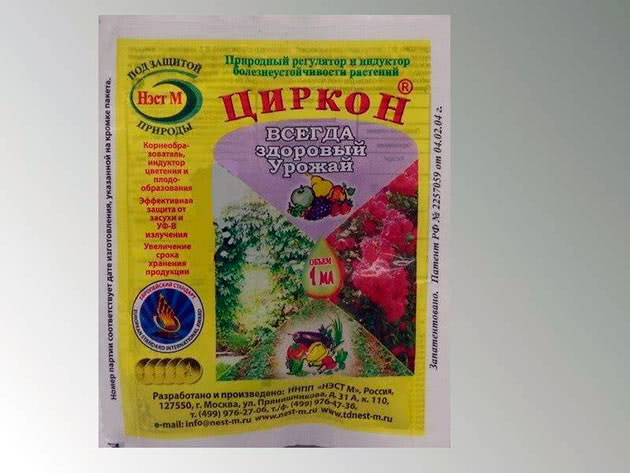 In the photo: Zircon growth stimulator

All three drugs can be combined, according to the recommendations for use, which significantly increases the effectiveness of the application.

One of the most famous immunostimulants is Fitosporin-M. Its solution is recommended for seed dressing, for spraying plants, and for cultivating the soil for prevention several times during the season. In the treatment of fungal diseases, it is possible to carry out several treatments with the drug.

The modern development of science has provided a powerful tool for plant protection - immunostimulants, the systemic use of which heals plants in the garden, in the flower garden and in the garden, and also lays the foundation for their long-term development.