Hippeastrum is a member of the Amaryllis family. This genus unites approximately 90 species. The structure of the name of such a plant includes 2 roots of the Greek language, which translate as "rider" and "star". Very often, inexperienced gardeners take this plant for amaryllis. However, it must be remembered that hippeastrum is found in nature in the subtropical and tropical regions of America (including the Amazon basin), and beautiful amaryllis (representing a monotypic genus) can be found in southern Africa. These two plants are related to each other, they are considered to be representatives of the same family, but isolated in different genera. Such a flower fell into Europe in the 16th century, while its first hybrid appeared already in 1799, and it was named Johnson's hippeastrum. 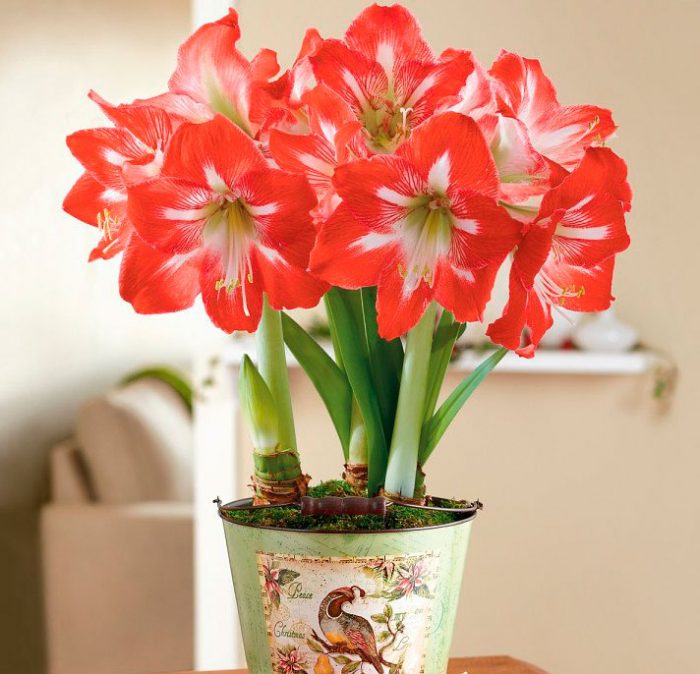 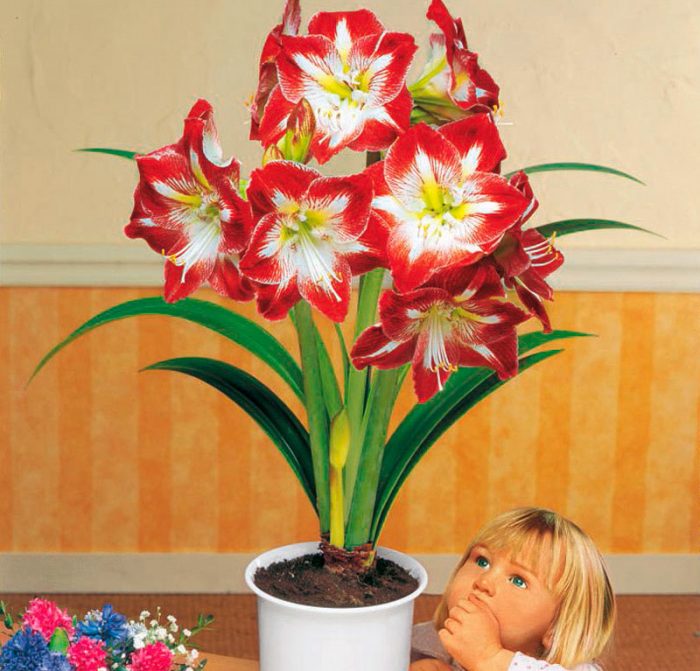 Hippeastrum is a flowering perennial bulbous plant. The shape of the bulb is rounded, in rare cases - conical, it includes a thick short stalk and closed scales. Depending on the type, the diameter of the bulb can reach 50–100 mm. They have cord-like roots collected in a bundle at the bottom (base). Placed in 2 opposite rows, linear leaf plates reach 0.5–0.7 m in length and only 40–50 mm in width. Their front surface is grooved, and the seamy side is keeled. They have a green color, but in some varieties it can be crimson. The height of the hollow leafless cylindrical peduncle is from 0.35 to 0.8 m; an umbrella is formed on it, which consists of 2–6 bisexual flowers, which reach up to 25 centimeters across and have a length of about 13–15 centimeters. Tubular or funnel-shaped flowers have long petioles and various colors, for example: saturated red, pink, dark red, orange, white, etc. The fruit is an angular or spherical tricuspid box in which there are small seeds. Freshly harvested seeds have a very high germination capacity (almost 100%).

If you want the hippeastrum to decorate your house, as well as grow and develop within the normal range, then you must definitely remember a few features of such a culture: 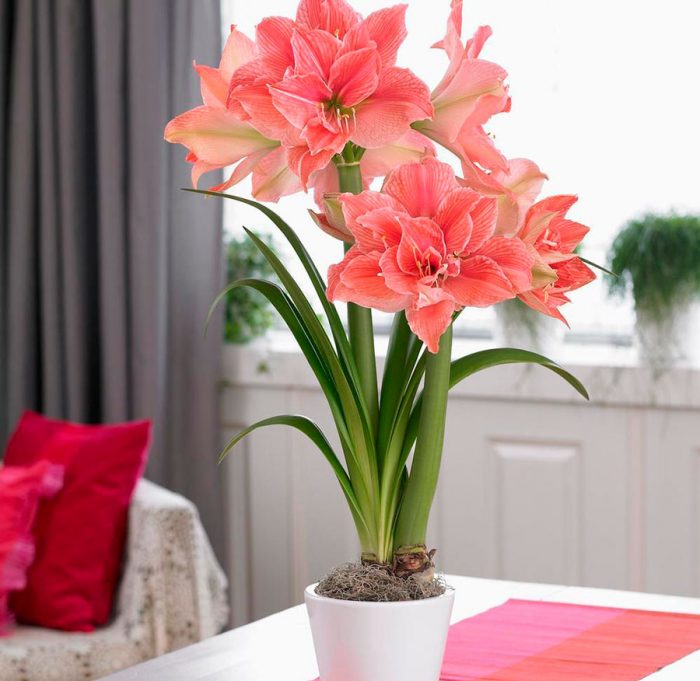 For growing hippeastrum window sills are suitable with a lot of bright light, but it must be diffused. Do not allow scorching direct rays of the sun to fall on the foliage of the bush. You can put the pot on the windowsill of the southeast, south or southwest window. The bush is periodically rotated around its axis, so that it retains a compact shape.

During intensive growth, the plant needs heat (from 17 to 25 degrees). If there is such an opportunity, then in the warm season, transfer the flower to the street, but choose a place where the risk of fluid stagnation in its root system is excluded. 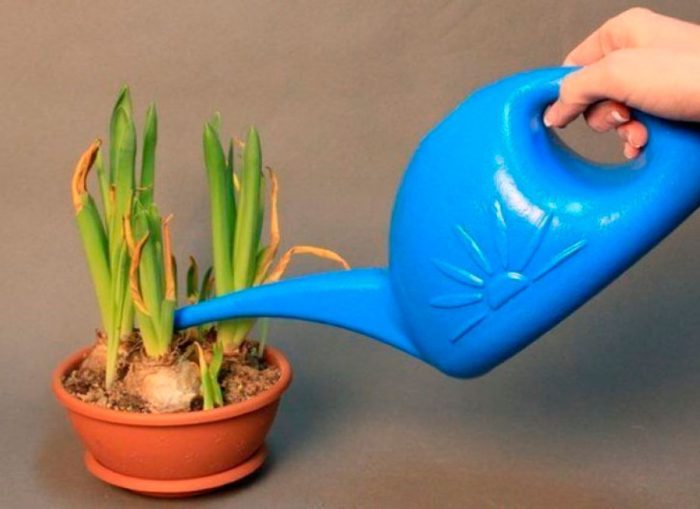 At the beginning of the growing season, watering should be very scarce. When a flower stalk is formed near the bush, this indicates that its vegetation period has begun, from this time it is necessary to begin to gradually increase the abundance of watering. From the moment the flower arrow appears and before the flowers open, the watering should become plentiful, but make sure that the water does not stagnate in the substrate. Such a plant is perfectly suitable for watering from a pallet or lower watering. To do this, lukewarm water is gradually poured into the pan until a lump of earth in the tank is completely wet. Make sure that no liquid gets on the bulb during watering. When the bush fades, watering begins to gradually reduce, but in the end it is completely stopped.

After the height of the peduncle will be 12-15 centimeters, the substrate is shed with a pinkish solution of potassium permanganate. And after 4-6 days, the bush will need fertilizing using phosphorus fertilizers. In general, it is necessary to feed the flower systematically 1 time every half a month. At the very beginning of the growing season, liquid mineral fertilizers are used for decorative and deciduous plants. And when the leaf plates form at the bush, they begin to feed it with fertilizer for flowering plants, which will have a positive effect on the formation of buds. Prepare the nutrient solution correctly, because if it has an excessively high concentration, it can burn the root system of the bush. Leaf plates should always be clean, for this they are systematically wiped with a moistened soft cloth or a flower is arranged for a warm shower. 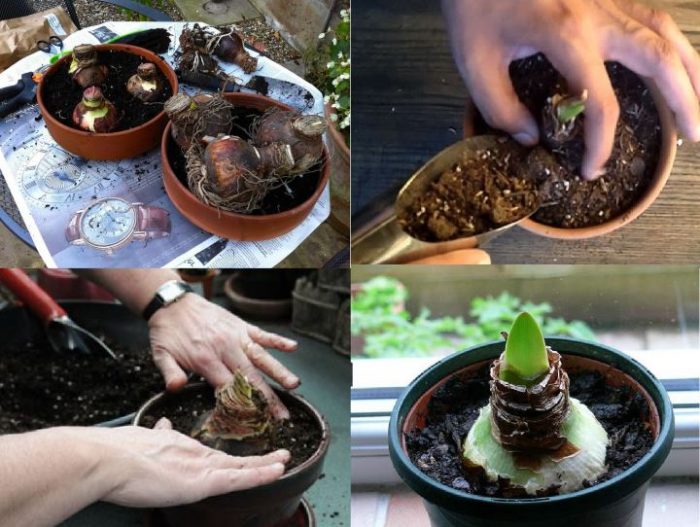 Such a flower should be transplanted infrequently, namely, 1 time in 3 or 4 years immediately, as the bush fades or shortly before the dormant period begins. Particular attention should be paid to the choice of capacity for planting, so, from the bulb to the wall of the pot, the distance should be no more than 20 mm. The approximate composition of a suitable substrate: coarse sand (perlite), humus, leaf and sod land (2: 1: 2: 2). Before starting the transplant, the soil mixture is sterilized. Also, at the bottom of the pot, a good drainage layer is sure to be made.

It is necessary to transplant the bush by transshipment, in which case the risk of accidentally injuring the root system of the flower will be minimal. It should be borne in mind that after transplanting, not less than 1/3 of the bulb should rise above the surface of the substrate. 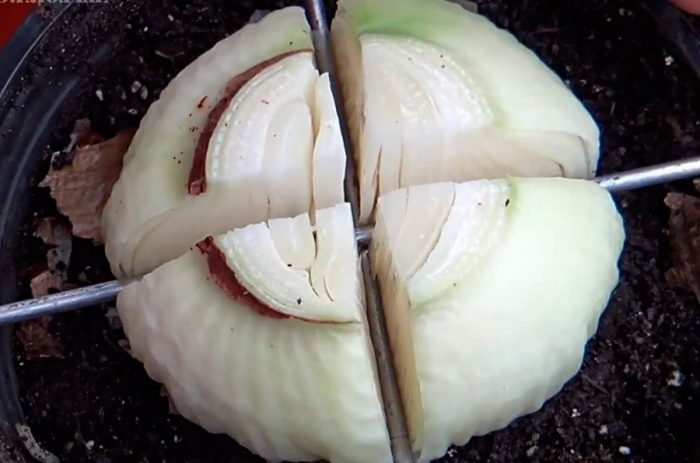 Such a flower can be grown from seeds or propagated by vegetative methods. For sowing, it is recommended to use freshly harvested seeds, since at this time they have a very high germination capacity. For dried seed material, germination is only 30%. Propagation by seeds is carried out very rarely, since this procedure is time-consuming and possible only with fresh seed, and in order to obtain it, you need to resort to artificial pollination. The very process of sowing and growing seedlings is quite simple.

It is much faster and easier to propagate such a flower vegetatively. To do this, it is enough to separate the baby from the parent bulb. Perform this procedure during transplantation. For separation, the children use a very sharp pre-sterilized instrument, and the places of the cuts must be dusted with coal powder. Then it is planted in an individual pot. For 2 years, even during dormancy, leaf plates cannot be cut from the bush.

Even hippeastrum can be propagated by dividing the bulbs. This procedure is carried out in November, because at this time there are a lot of nutrients in the onion. To do this, remove the top layer of soil mixture in the pot so that only the lower part of the bulb is buried in it. Remove dry outer flakes from it and cut the foliage, while you need to grab a bit of the upper part of the bulb. Then it is vertically divided into 4 parts, which should be equal, while the cuts should reach the surface of the soil mixture. In these sections, knitting needles made of wood or plastic are vertically mounted, in diameter they should reach 50-60 mm, while parts of the bulbs should not be connected. Continue to care for the bulb as an adult bush and do not allow the earthen coma to dry out. After the leaf plates are formed, the bush should be fertilized and then it needs to be fed just like a normal adult hippeastrum. Next year in spring, the bulbs should be divided into parts and planted in separate pots. 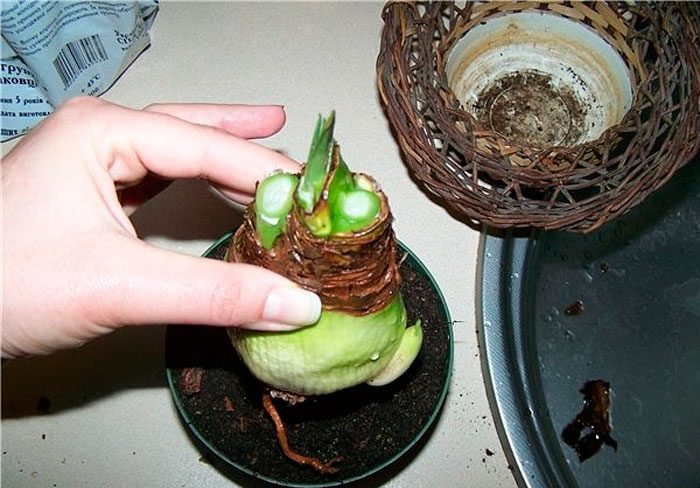 The dormancy period of such a flower begins in September, and ends in January. If in the warm season the bush was outside, then in the fall it is again brought into the room. At the same time, they begin to gradually reduce watering, after a while the leaf plates dry out. When the leaves are completely dry, they will disappear on their own, as soon as this happens, the stem should be completely cut off, and the container should be placed on its side in a dark, dry and cool (6 to 12 degrees) place, where it will be 1.5–2 months. Watering the bulb at this time is not necessary, but they again rearrange it on the window only when the dormant period comes to an end. 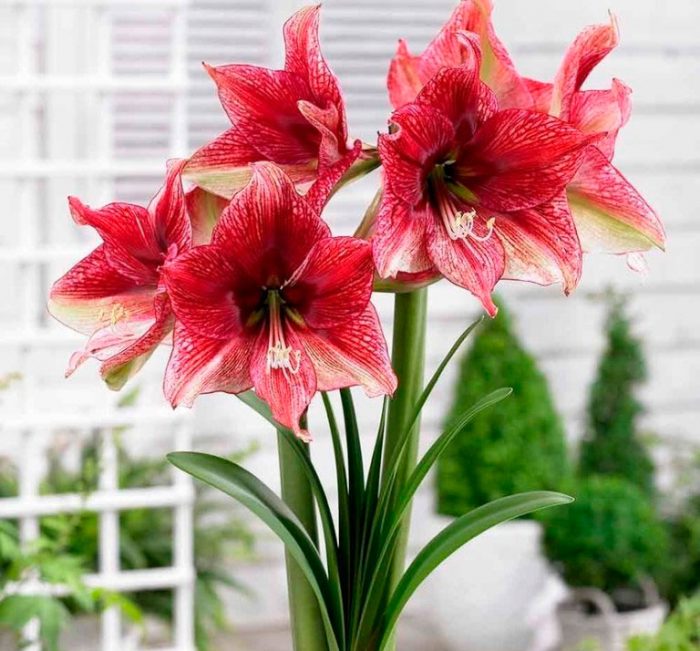 How to make bloom

So that all efforts are not in vain, and your hippeastrum, grown in room conditions, has certainly bloomed, you can resort to one of the tricks:

Reasons for the lack of flowering 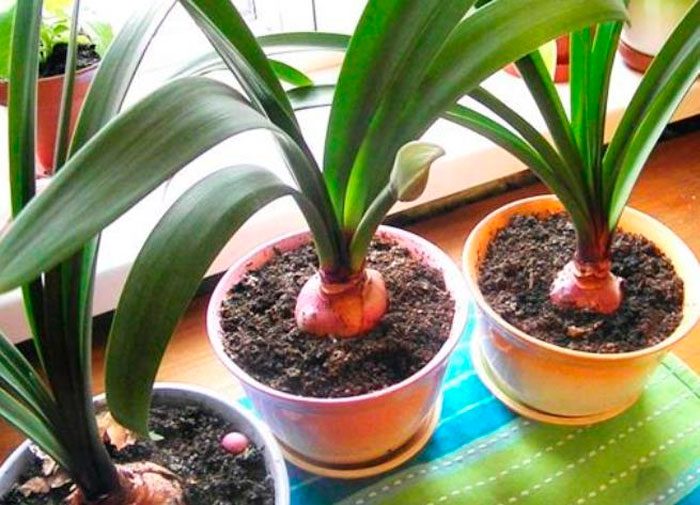 In some cases, the bush does not bloom because it lacks nutrients. Since the substrate in the container is very small, the plant draws nutrients from it very quickly. In this regard, it is very important to feed the flower regularly and correctly. The same applies to watering.

The lack of flowers can also be explained by the presence of pests on the bush, such as mealybugs, spider mites, or scale insects.

If the liquid constantly stagnates in the substrate, then rot may appear on the bulbs, and then the plant will definitely not have time to bloom.

As soon as the bush fades, it is necessary to start preparing it for the upcoming dormant period, and the quality of flowering in the next season depends on how correctly and timely you do it. From the beginning of the second half of September, the bush ceases to be watered completely, and when its dried leaves fly around and the flower stalk is cut off, it should be rearranged in a dry, dark and cool place. There he will stay until the last days of January or the first - February. After that, the container is transferred to the windowsill and again they begin to water and feed.

Most often, such a flower is affected by downy mildew, red rot and red burn mushroom. Aphids, spider mites, mealybugs and scale insects can also settle on it, in order to get rid of them they use a solution of an insecticidal preparation.

You can understand what affects the hippeastrum by its appearance. If there are spots of red color on the bulbs and foliage, we can say that the bush is affected by a fungal burn. The appearance of a white coating on the aerial part of the bush indicates the presence of powdery mildew. If the bulb rotted on the scales and the foliage hung, then it means that it is affected by rot.

If the hippeastrum is rotten, all sore spots and roots need to be cut out, the bulb is dried well and planted in a fresh sterilized substrate, but it is pretreated with foundationazole. Powdery mildew can be dealt with with special products that can be bought at a specialty store. In case of damage with a red burn, the onion must be dug up and cut out from it all the diseased parts to healthy tissue. Slices should be treated with a mixture consisting of 1 part of copper sulfate and 20 parts of chalk, then it is left for 7 days in the open air for drying. Then it is planted in a new soil mixture, which is pre-treated with a fungicidal preparation.