Hosts are indispensable for filling and decorating shaded areas of the garden. Volumetric bushes from miniature (up to 15 cm) to gigantic (more than 1 m) are appreciated for their unpretentiousness and variety of foliage colors. Some varieties bloom remarkably beautifully and have a strong aroma.

The well-being of the plant can be determined by the state of its foliage. At a host, its decorativeness may suffer due to several factors: 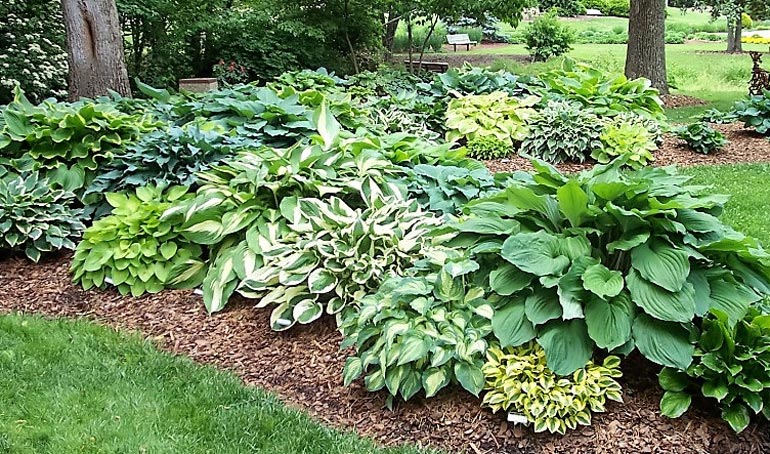 The plant prefers to grow in shady and humid places. No wonder landscape designers are designing a host planting near artificial ponds in Japanese gardens. The broad leaves of the perennial evaporate a significant amount of liquid on hot days, so regular additional watering is required.

In order not to cause sunburn on the leaves, watering is carried out in the morning or after sunset. If moisture drops on the sheet surface, they serve as lenses for sunlight.

Garden plants in summer cottages can suffer from spring back frosts when the leaves are just starting to hatch.

Deficiencies in care can be easily corrected, in case of certain diseases there is a threat to lose the plant and infect the rest of the plantings.

Important! Hosta diseases spread faster in thickened plantings, so it is recommended to plant perennials taking into account the size of adult plants.

Viral diseases are difficult to control; they are transmitted by insects, wind, and through infected soil. Plants begin to wilt, slowly grow, gradually die. In most cases, sick perennials are subject to destruction.

Hosta virus X identified by American botanists. The danger of the virus is the complexity of its diagnosis. The plant can grow, be a carrier for a long time, infecting other valuable host varieties. Interestingly, the peculiar color of diseased plants was first accepted by breeders as a varietal feature. So, some infected specimens have been recognized as independent varieties (Break Dance, Speckled Fantasy, Pamela Ann, etc.).

The defeat of the plant has the following consequences: 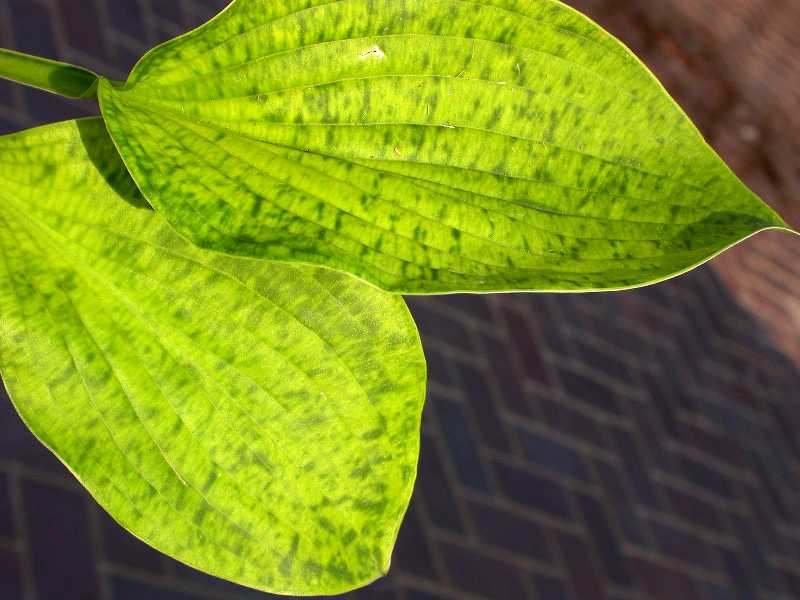 Virus X, due to which hosts twist leaves

The causative agent of Tobacco Rattle Virus (VPT) parasitizes in the cells of vegetable and ornamental cultures (potatoes, daffodils). Its carriers are leaf nematodes that harm the host no less. Symptoms of a virus lesion:

The cause of infection with HPA may be the work of an untreated tool. The virus contains juice and seeds of diseased cultures.

A characteristic sign of leaf hosta disease reflects the name itself. The disease comes from the pelargonium virus, which is obtained by a strain of tomato curly virus. The degree of damage depends on the resistance of the variety to it. In cells infected with the virus, the growth function is disturbed, therefore, uneven development is manifested by the following signs:

You will have to get rid of the affected plant.

Diseases cause spores of pathogenic fungi. It is possible and necessary to fight them, for this there is a huge selection of fungicidal drugs, there is a century of experience in fighting with the help of folk remedies.

Important! Fungal diseases are actively spread in warm and humid weather, so you need to regularly inspect the host in order to timely identify the ailment.

Among the reasons why the host turns yellow are called a fungal disease phylosticosis. You can recognize the disease by the following signs:

If the plant and the soil around it are not started to be treated in a timely manner, the affected perennial dries quickly, the tissues in the center of the spot spill out and form holes. To stop the disease, the damaged parts of the plant are removed. The plant is treated with systemic fungicide.

The disease is most common in gardens. Fungal spores ripen on the leaves of fruit trees and garden crops. The causative agent rapidly affects the aerial part of the host.

It is impossible to cure the plant, so it remains only to destroy.

The reason why hosts turn yellow leaves may be root rot. The disease is also called rot of the crown by the method of its distribution, since the disease first affects the outer leaves. 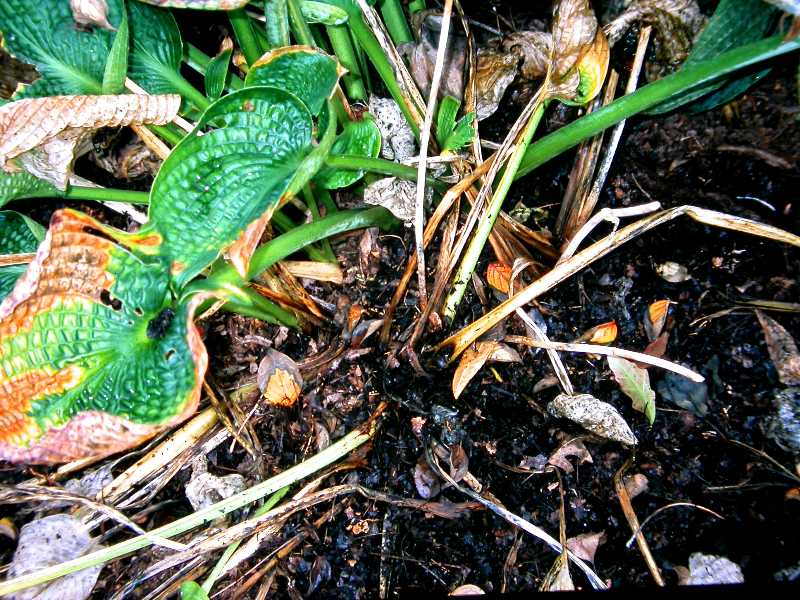 If the host turns yellow, what to do in this case, so do not panic in the first place. To protect it, you must:

It is necessary to dig out accurately. If the growth point of the plant is not damaged, then the affected host can recover.

Important! Valuable host varieties can be saved by the quarantine principle: hosts that have just been acquired or left out due to suspicious symptoms are recommended to be monitored in a separate corner of the garden.

Rust fungus often attacks yellow-bordered hosta varieties. Mycelium develops in the heat due to a lack of moisture. The disease in its symptoms resembles a sunburn, the leaves may turn yellow and mummify. In fact, rust inhibits cellular metabolism, disrupts photosynthesis. In this case, the plant must provide optimal lighting and humidity conditions.

The fungus Botrys Cinerea extends to fruit and ornamental crops. Spores affect mechanically damaged parts of the plant, this is a characteristic feature of the disease. First of all, the tips of the leaves dry at the hosta, gradually capturing the entire surface. The diseased plant is covered with a fluffy gray coating. To avoid complete damage to the bush, you need to disinfect the infected area. For processing, dusting can be done with crushed activated carbon or wood ash. 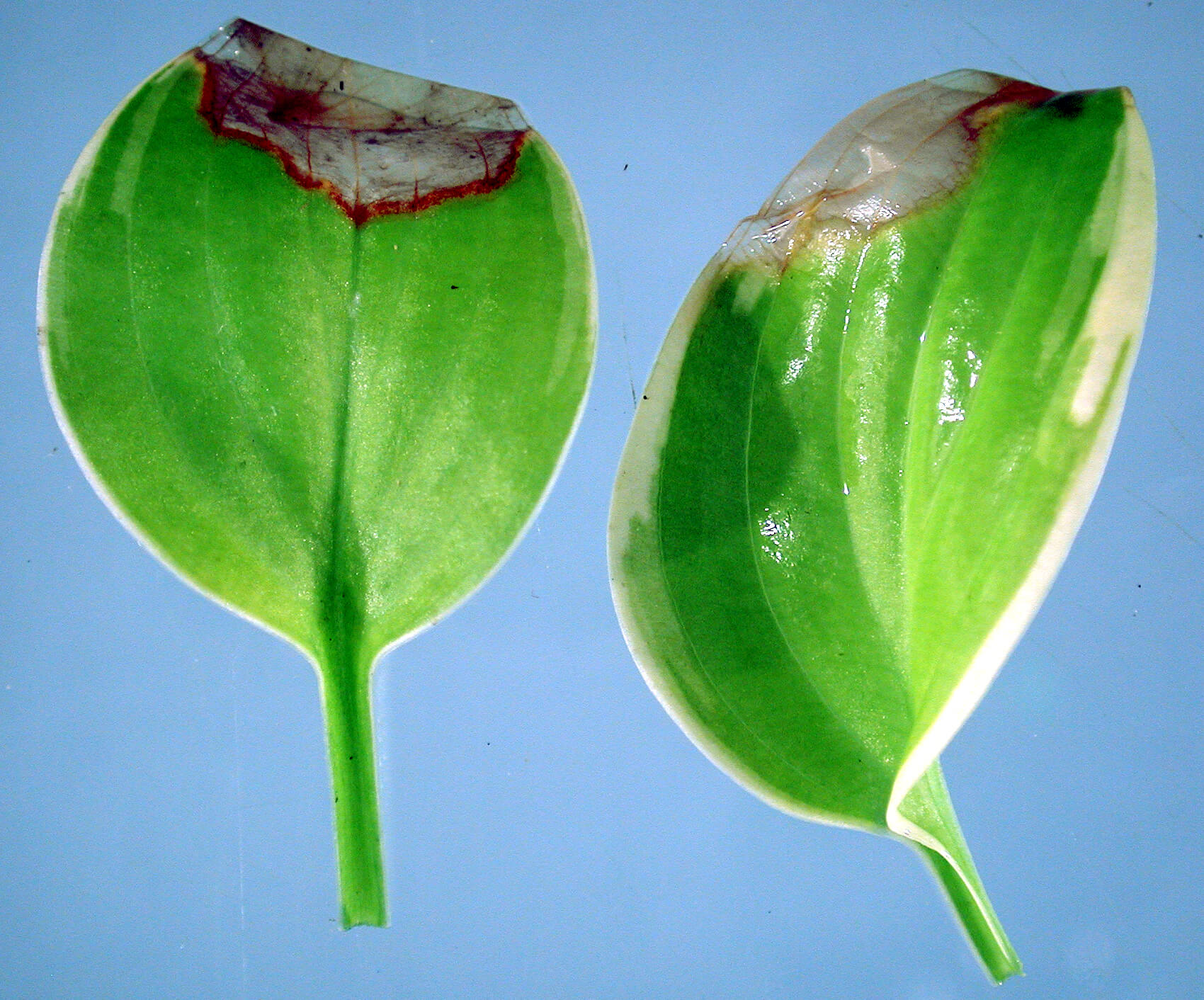 The causative agent, the fungus sclerotinia, forms filaments similar to cotton ones. The root neck of the plant is affected by the disease. It is impossible to save the bush, it remains only to remove.

Spread by bacteria on damaged hosts. The plant is more often affected due to temperature changes.

The first sign of illness is the characteristic smell of rot. The cause of its appearance may be the decay of the lower part of the plant. Hosta leaves are covered with dark brown spots.

For the successful treatment of ailments caused by bacteria and fungal spores, you must follow the basic rules:

Fungal diseases are always easier to prevent with preventative treatments than to fight their spread. To protect and prevent the garden, plants and trees are treated with fungicidal or biological preparations:

Note! Since fungal spores hibernate in soil and plant debris, the risk of disease can be minimized by destroying cut branches and leaf litter in a fire. If the affected leaves are sent to compost, the disease will continue to spread throughout the site.

One of the priorities in breeding work is to increase disease resistance in varietal hosts. To reduce the risk of diseases, seedlings should be purchased in trusted online stores and nurseries, pay attention to the characteristics of the variety you like.

Why is a host growing poorly

It happens that a healthy plant freezes for no apparent reason in growth, does not produce peduncles, and eventually begins to wither. There can be many reasons why a host is growing poorly. In addition to diseases and improper care, the host is prevented by pests from growing and developing properly.

Vole mice use mulch and snow in winter to move and gnaw their roots. Rodents who settled in the garden are lured into traps and destroyed by chemicals. You can repel pests by plants whose smell scares them away;

Mollusks eat the lower leaves of the host to holes, especially hosts with thin, delicate foliage. Young foliage without slug treatments can be completely destroyed, leaving only petioles.

Small up to 2 mm round worms disfigure the leaf plate with characteristic brown lines and spots. At an early stage, lesions cannot be detected. To make sure that the reason why the host is not growing, served as a nematode will help an elementary test. In a glass with water, lower the crushed sheet for 15-20 minutes. If the suspicions are justified, worms can be seen in the water in the light.

Note! Nematodes parasitize in plant tissues, cause its deformation, and also carry viruses that are dangerous to the plant.

It is difficult to deal with worms, drugs destroy adults, but not their eggs. For the extermination of the pest, developers offer bioperaparts, for example, nemabact and nematophagin.

For trouble-free perennial maintenance, it is necessary to adjust the irrigation regime, the plant grows poorly without proper moisture.

Important! The host is often used to decorate the near-trunk area of trees. In this case, you should take care of additional fertilizing and watering. Most of the nutrients will receive a tree with which the host can not compete on an equal footing.

You need to understand that the peak of decorative hosts falls in the early summer (May-June). 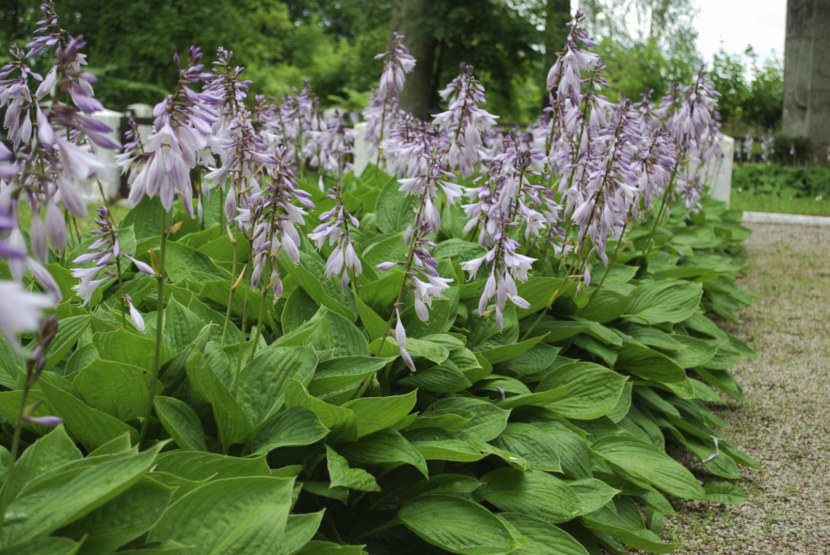 Flowering hosts are delayed or not happening at all for the following reasons:

Hosta is a wonderful plant. She is unpretentious and gratefully responds to care. Its use in gardens is universal. Traditional medicine uses color hosts to treat wounds, while Japanese people consider young shoots to be a delicacy. If you create the required conditions for the host, the plant will certainly thank you for the exquisite flowering.