Today, a large number of varieties and varieties of ficus are so popular that they are already considered practically as independent plants. In almost all specialized stores, you can get a rather spectacular plant called ficus panda. This plant is touted by sellers as something special, but in fact it is a sort of ficus blunted.

This variety is one of the most spectacular and it can be grown not only as a bonsai. Its very dense crown consists of small leaves, which is very attractive to gardeners. However, the plant has a high cost and a very capricious character. Every year, such a ficus is becoming more and more popular, and from a simple plant it has turned into an exclusive one. And this is not unreasonable. 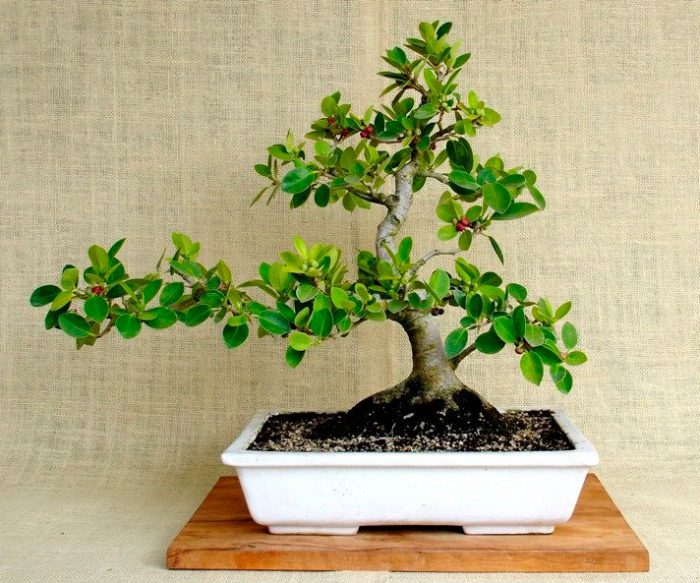 Ficus "Panda" is called by all rules ficus blunted variety "Panda" (Ficus retusa cv. Panda). It is quite simple to recognize it by a characteristic feature, namely, by the blunt-pointed shape of the sheet plates. So, if you look from a distance, then they may seem almost round on top, but they are visually perceived as oval. However, this variety has many features that are characteristic of it.

Such an evergreen woody plant is presented in the form of a bush or develops in a multi-stemmed form. The plant is highly branched, the stems are strong enough, quickly lignified. As they grow, they deform and become thicker, which facilitates the process of forming a bush and creating a bonsai. Ficus has quite strong and distinctly visible aerial roots, which make it very spectacular. The shoots are covered with beige-gray bark, which has a fairly light shade, while pale strokes are visible only on young branches. Small very neat leathery leaves look spectacular. The young foliage has a golden color, and it seems to glow. They begin to grow at the end of winter, and appear during the entire period of intensive growth. Such leaves became the reason that this ficus is also called the "golden ficus".

This plant also has a characteristic feature found in blunt ficuses. So, young leaves are initially covered with stipules of a light color, which gradually turn yellow and die off. Wide adult leaf plates have an oval or elliptical shape, straight edges and a blunt apex. Leaflets in length can reach 6 centimeters, and in width - 4 centimeters. The leaves have a bright color from dark to medium green, while the wrong surface has a more muted color. The leaves are very shiny and a thin streak of light color is clearly visible on their surface. On the surface of the foliage there are no dots or specks, however, the leaves themselves differ in color saturation, as well as in tone, due to this the plant has a slight water color. Leaf petioles are thin and short. The arrangement of the sheet plates is alternating with a displacement in a spiral. At the same time, they are very close to each other, from which the crown looks curly and thick.

This kind of ficus has one very important advantage, namely, unusual fruits of spherical shape and green color, like jewelry shining between leaves. Flowering is almost imperceptible. 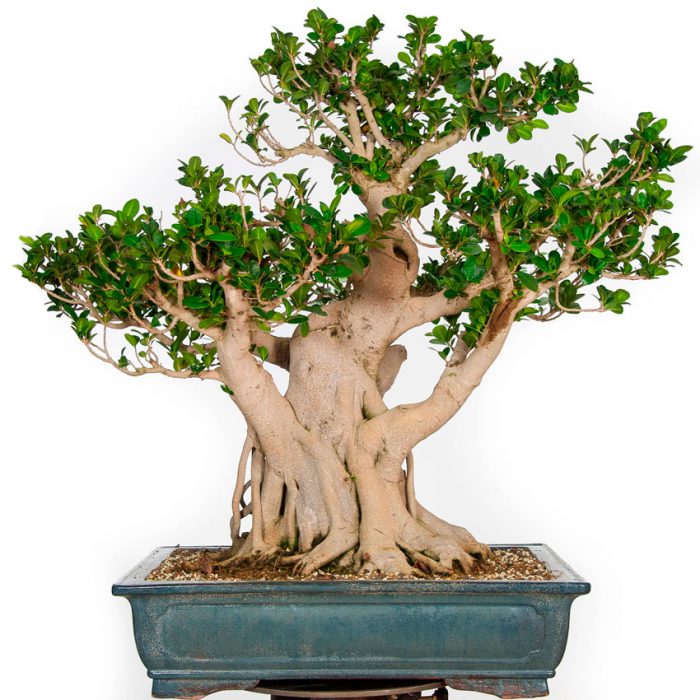 This kind of ficus is the best choice for bonsai. In this flower, and without outside help, as the growth grows, the trunk thickens, as well as its curvature. As a result of this, very spectacular lines appear. Unique golden young leaves and fruits distinguish this plant from other ficuses, as well as small leafy plates. Such a flower looks watercolor at any time of the year, as its leaves are painted in various shades of green.

Caring for Ficus Panda at home 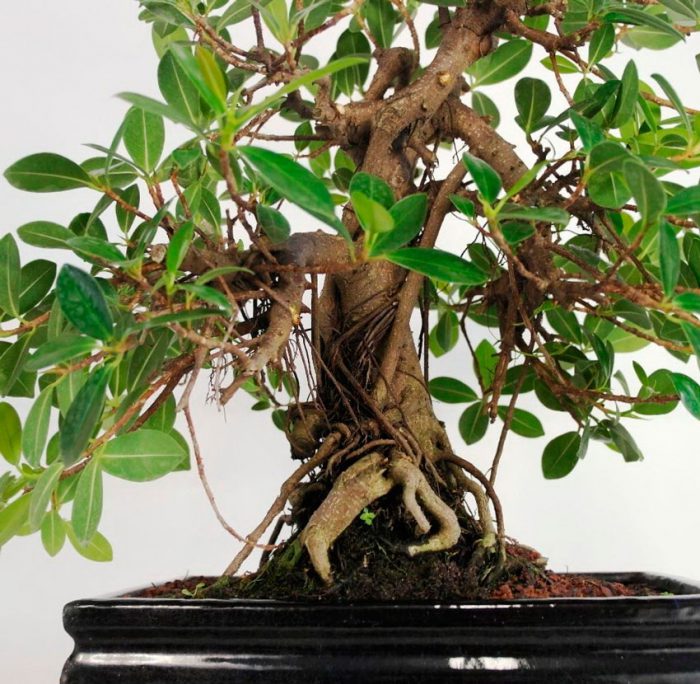 The rules for caring for such a plant are very similar to those that are used to grow other ficuses (only they are a little more complicated). The most difficult thing to take care of this ficus is to maintain a stable environment, namely, it is necessary that the temperature and illumination do not change sharply, and are constantly at the same level. High humidity is also needed and protection against drafts is required. The better you take care of the Panda, the more elegant and spectacular it will look.

Loves the light very much. At the same time, it is worth remembering that this ficus differs from the rest in that it can not grow and develop normally even with slight shading. In the summer, it is recommended to protect it from direct sunlight, but it is worth choosing the brightest place for placement. Or you can simply place it on a window of a southern orientation, but at the same time make the light scattered. When the cold season and the reduction of daylight hours, the flower must be moved to the most lit place, it is also recommended that he arrange for illumination with special lamps.

Those ficuses that form in the form of bonsai are shade-tolerant, and for their cultivation you can choose shaded places (partial shade). However, whether it is possible to place the plant in a shaded place, you need to find out during the purchase in the store from the seller. 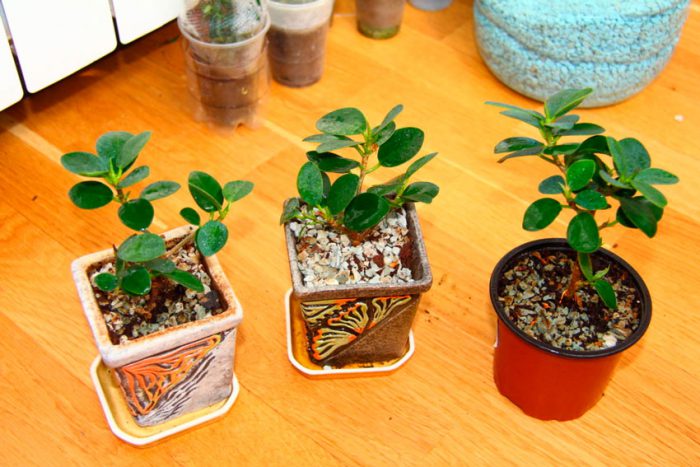 This ficus is very fond of heat and it needs stability. A plant may die if the temperature in the room is less than 8 degrees. And a temperature of less than 15 degrees will lead to the fact that the appearance of the plant will deteriorate significantly. "Panda" feels great at temperatures from 17 to 22 degrees. If the room temperature is slightly higher, then an increase in air humidity will be required.

In summer, it is recommended to transfer it to fresh air (balcony, terrace), where the plant feels rather well. However, for its placement, you should choose a well-protected place, since the plant reacts extremely negatively to drafts and prefers a more stable environment. In this regard, in the absence of a place on the street that would meet all the requirements, it is recommended to leave the flower in the house.

Remember that such ficus should in no case be affected by drafts. Cold draft, as well as a sharp decrease in the temperature of the air in the room can cause him significant harm. As a rule, the plant in this case takes off all the foliage. It should not be allowed to cool both the plant itself and the soil in a flower pot. In the autumn-winter period, it is recommended to put a stand under the pot, or you can remove it to any elevation. This will help to avoid contact with a cold window sill. 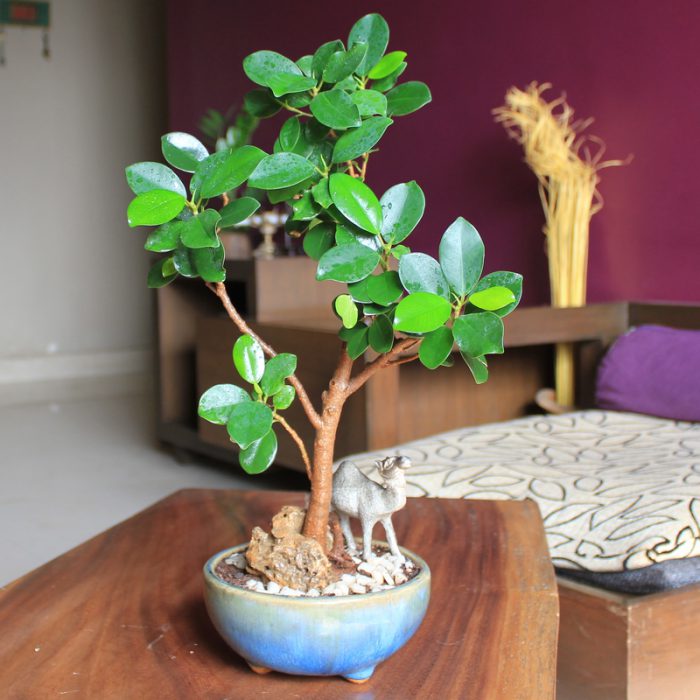 Water the plant should be regular and moderate, but at the same time, the soil in the pot should always be slightly moistened. In the summer, you need to water abundantly. Watering should be done at any time of the year only after the topsoil has dried. Do not allow waterlogging of the earth, and especially stagnation of liquid in it, even for a relatively short period. Remember that excessive humidity is more dangerous than drought (but it is also best avoided if possible). Only soft water is suitable for irrigation. Avoid watering with cold water. In winter, it is recommended to pour lukewarm water, and in spring and autumn it should be at room temperature.

The plant needs high humidity. To increase this value, you can carry out systematic spraying or install a humidifier. You can only moisten foliage with soft water. And it is better to take melt, distilled or boiled water for this purpose.

They feed the plant only during the period of intensive growth from the beginning of the spring period to October 1 time in 2 or 3 weeks. To do this, it is recommended to use special fertilizers for ficus or complex fertilizers for decorative and deciduous plants. 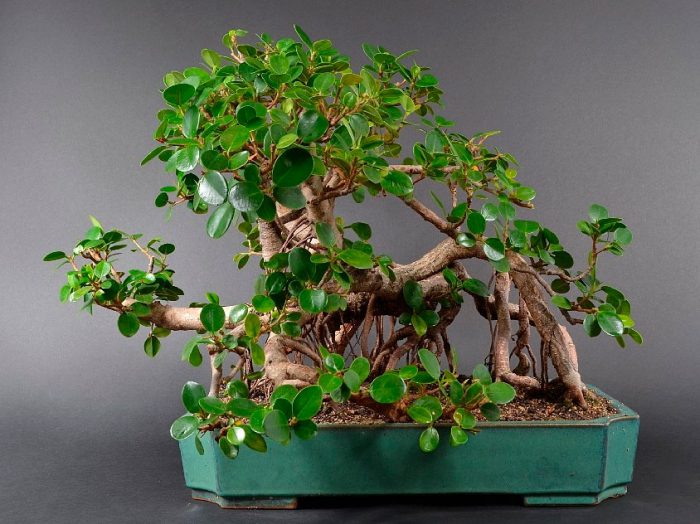 Such a plant needs a systematic formation. However, pruning is not recommended at the beginning of the period of intensive growth, in the first spring days, as well as before transplanting, because this procedure greatly weakens the ficus. And in no case should you trim during the transplant. The procedure of plant formation is recommended in the first summer weeks or, if necessary, in May. Only the ends of the branches need to be trimmed, and only branches that have been extended or have been damaged should be greatly shortened. The objective of this procedure is to make the crown more magnificent. You can systematically trim such a ficus, giving it a more rigorous or specific shape. He tolerates such procedures quite well, and recovery is pretty fast. In those places where the shoots were trimmed, branching intensifies and growth accelerates, and the direction of the branches also changes, which leads to changes in the silhouette of the ficus.

Trimming branches to 1/3 or ½ part is possible only when the flower needs to be rejuvenated or it is in a very depressed state.

As a rule, such a plant needs to be tied up only if you do not grow it as a bonsai. Thin shoots are not able to constantly maintain a normal shape, especially when the formation is not done on time and the branches become elongated. 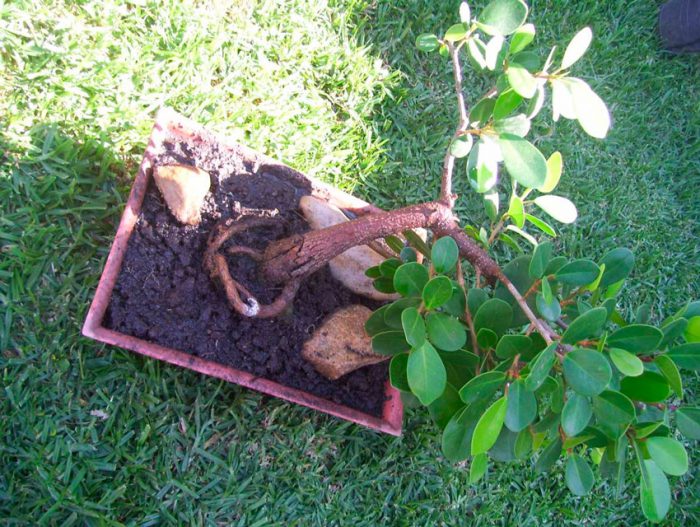 For Panda, it is recommended to choose the soil for ficus, which is sold in specialized stores. It is best to use the purchased soil mixture, but you can prepare it yourself, for this you need to combine the sheet and turf soil, sand and peat, which must be taken in equal shares. The substrate should pass water, air well, be loose and not too light. You can add a few loosening additives to the mixture, for example, vermiculite. Soil acidity should be neutral. 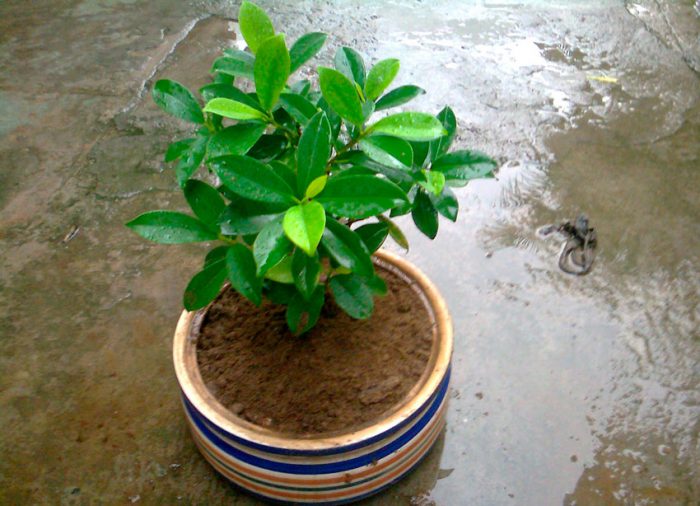 Such a flower is transplanted only if necessary. In adult ficus, as well as growing in the form of a bonsai, it is recommended that once a year only replace the top layer of the substrate. This procedure is carried out in early spring, for this you should remove the old topsoil and pour fresh substrate. Such a plant should be transplanted only if the roots cease to fit in the pot.

Young specimens require regular transplantation, carried out once a year. The transplantation is carried out by the method of transshipment, while the earthen lump should remain intact. The neck should not be deepened, it must be left at the same level. Do not forget to make a sufficiently thick drainage layer at the bottom. So, crushed brick and expanded clay are perfect for this. After transplantation, until the ficus begins to grow again, it is shaded and maintained at a higher humidity than usual.

Such a plant can be grown hydroponically.

This variety is not resistant to harmful insects that prefer low humidity. If humidity is not kept high, then spider mites, scabies, and mealybugs may well settle on the plant. In order to get rid of them, you need to remove them manually and maintain high air humidity. If the infection is too strong, then the use of insecticides will be required. 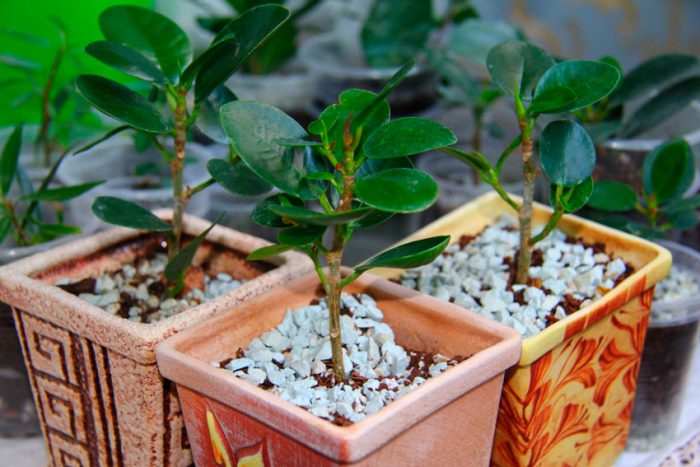 It can be propagated by cuttings in the spring and summer. Cut cuttings are dipped in water for several hours, and then they are treated with a growth stimulating agent. For rooting, the stalk is placed in a warm place (at least 25 degrees) with high humidity. Lower heating will be required, and it is recommended to cover the stalk with a plastic bag or cap.

Large bushy specimens can be propagated by air layering. A longitudinal incision is made between two strong nodes. Then this place needs to be wrapped with moistened moss or substrate. When the shoot gives root, it is separated from the mother bush.