Dahlias are a decorative culture that is characterized by lush bushes and continuous flowering throughout the summer. Many flower growers like the flower, but due to the high susceptibility of the plant to pests and diseases, its popularity is gradually declining. The problem is completely solved if timely preventive treatment of the bushes and proper storage of tubers in the winter are carried out.

Brief description of the plant

Dahlia is an annual or perennial herb, depending on the species. The culture belongs to the Astrov family. In the wild, the plant can be found in the mountainous regions of Mexico, Chile, Guatemala, Colombia. Modern dahlias are a complex hybrid that has gone through lengthy breeding work. As a result, varieties were obtained that have a diverse color of petals, as well as the size and shape of the flowers. 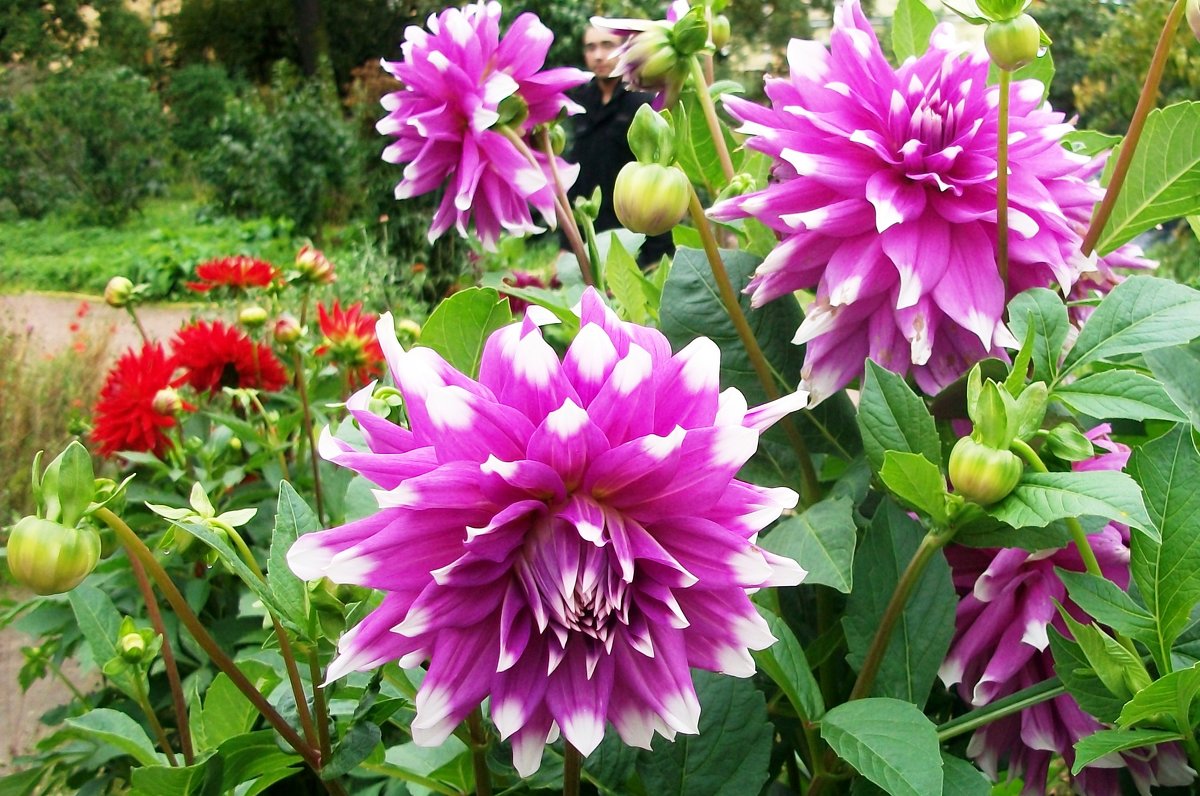 Dahlias are susceptible to disease and pests.

Perennial dahlias have a tuberous, branched root, in which an accumulation of moisture and nutrients accumulates. Thanks to this, the plant is able to provide itself with everything necessary. Dahlias form erect hollow stems 50-200 cm high. Cirrodivided dense leaves of a dark green hue are located along their entire length. Dahlia flowers have the shape of a basket, in which reed, marginal, middle and tubular petals can be located. Their color is monotonous and colorful.

Important! Dahlia inflorescences come in a variety of shades except black, blue, and blue. 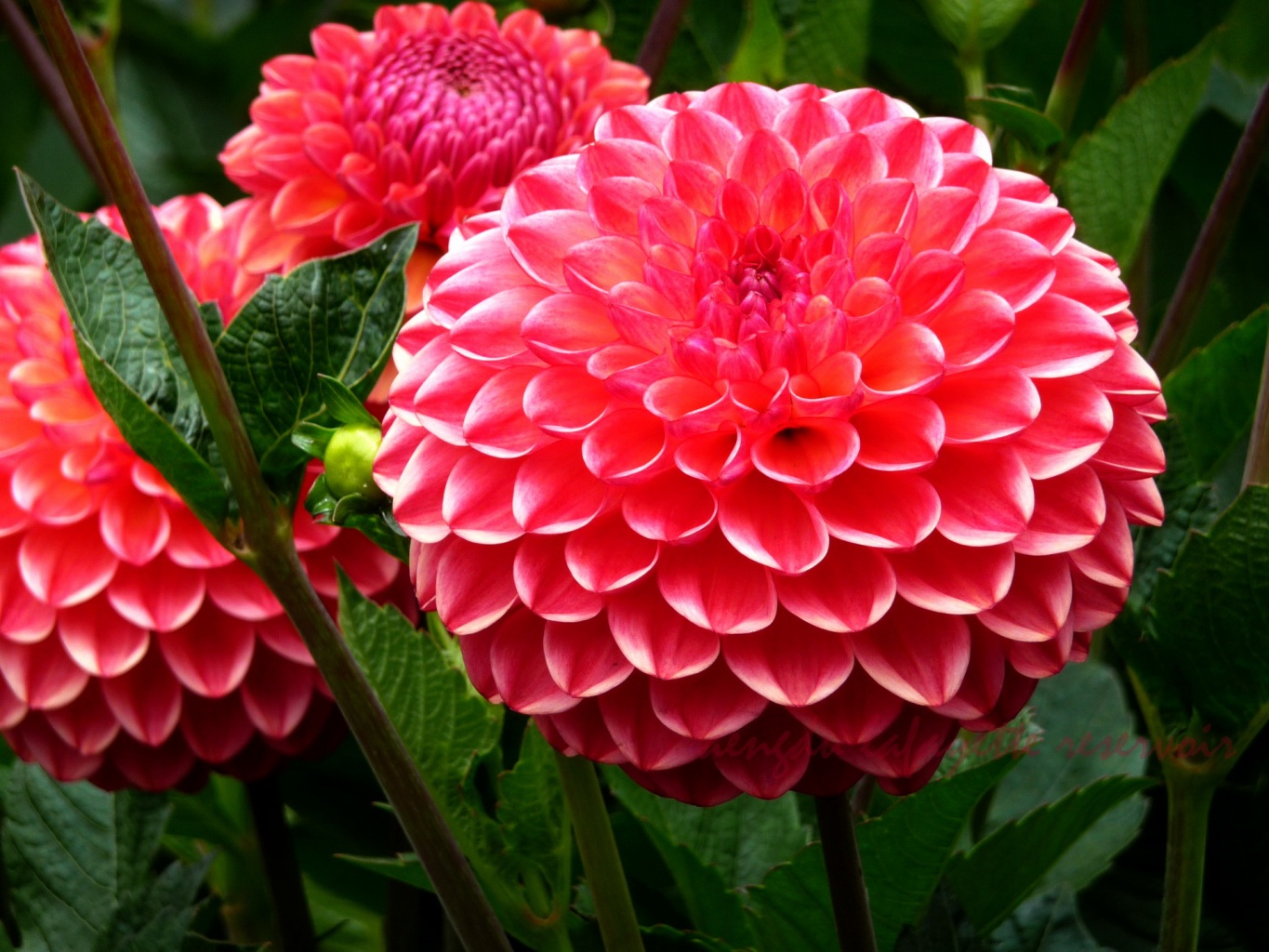 This crop does not winter in open ground

With the arrival of the first frosts, tubers must be dug up and sent for wintering to a cool, dry place. In the spring they are planted. As soon as the earth warms up well, the plant begins to grow. Dahlia blooms in late June - early July and lasts until late autumn.

What causes the disease?

Hybrid forms of dahlias partially lost their natural immunity, and the susceptibility of plants to the effects of pathogens increased. Any errors in the care and storage of tubers can trigger the development of diseases. When growing a flower, it is important to adhere to preventive measures, since not all diseases of dahlias are treatable.

Various factors can provoke the development of diseases. All of them are associated with improper care of the plant.

Important! Often, pests are carriers of diseases, so it is important to periodically inspect the bushes and process at the first sign of settlement.

Dahlias are most often affected by fungal diseases. When growing a flower on a site, you need to know how they appear and what to do if signs of infection appear.

A provoking factor in the development of the fungus is the thickening of the plantings. Against this background, the level of ventilation between plants decreases, which leads to an increase in humidity. Dahlia leaf disease can be detected by light yellow spots of irregular shape and with a blurred border. Subsequently, their shade becomes brown, and the border acquires a dark color.

Important! If the spotting is not treated, then the plant cannot fully bloom.

You can get rid of the disease with drugs: 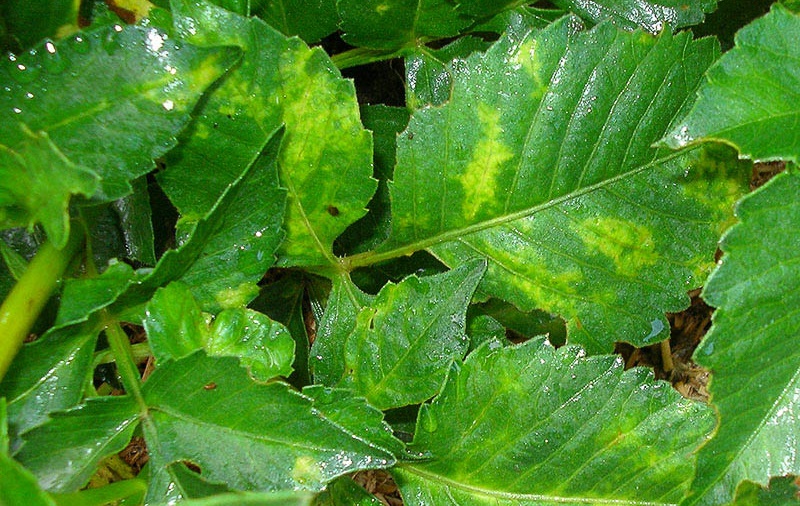 This disease can also be the reason why dahlias do not grow and bloom. During it, brown spots appear on the leaves, which, with increased humidity, are covered with a gray-white edge.

Note! If the disease develops when the plant is about to bloom, then watery spots appear on the buds, which eventually rot.

Preparations for the fight against gray rot:

These diseases have similar symptoms, but they have different pathogens. Initially, the fungus affects the roots and tubers of the plant, then moves up and becomes the reason why the dahlias curl and wither. Affected parts of the plant become pink or brown. For treatment, you must use Fundazole or Oxychom.

The disease affects young shoots of plants at the seedling stage. A too deep landing of tubers is a provoking factor. This leads to the fact that the sprouts are weakening, since they do not have enough strength to break out.

Products for the treatment of brown rot:

Dahlias also affect other diseases. Each of them has its own characteristic differences.

The reason why dahlias bloom and grow poorly may be: 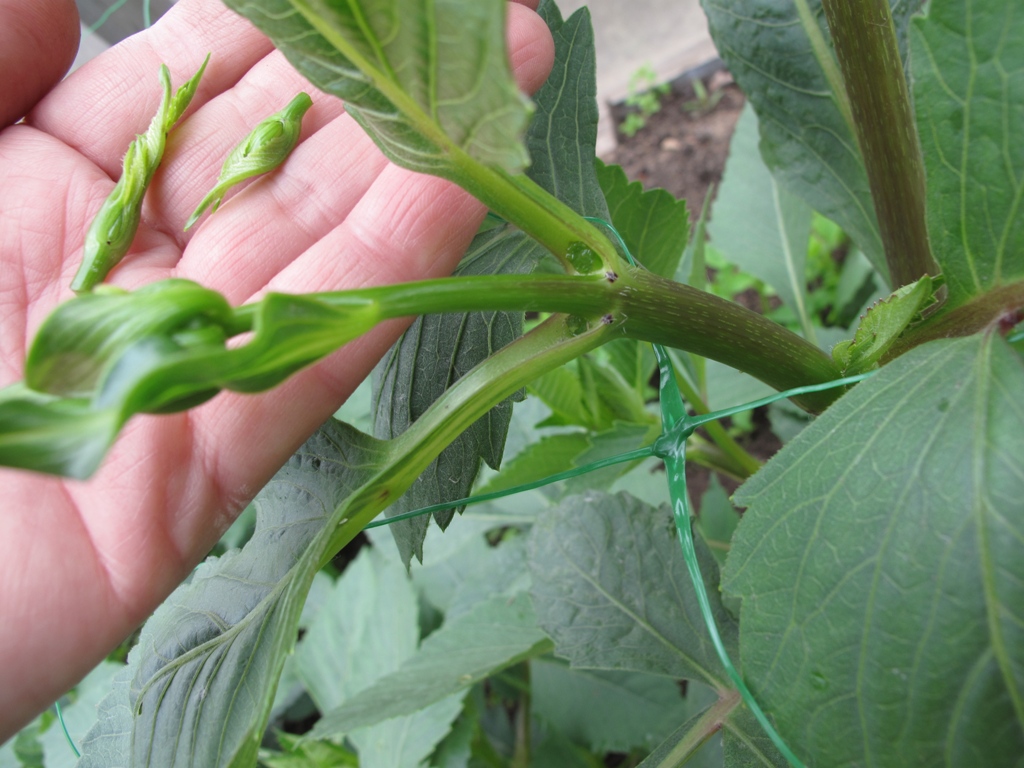 Some diseases cannot be treated. The only way in this case is to prevent the mass spread of pathology. To do this, the infected plant remains must be destroyed.

Often, pests affect the culture. Before you start a fight with them, you need to find out who can eat dahlias and what means are better to use.

If aphids appear on dahlias, the pest is placed on their young shoots and leaves. The insect forms entire colonies, so it is impossible not to notice them. As a result of damage to aphids, plant growth slows down, the buds are deformed, and the bush can completely stop blooming.

Aphids on dahlias, how to treat bushes? You can fight this harmful insect with the help of drugs: Intavir, Actellik or Decis. 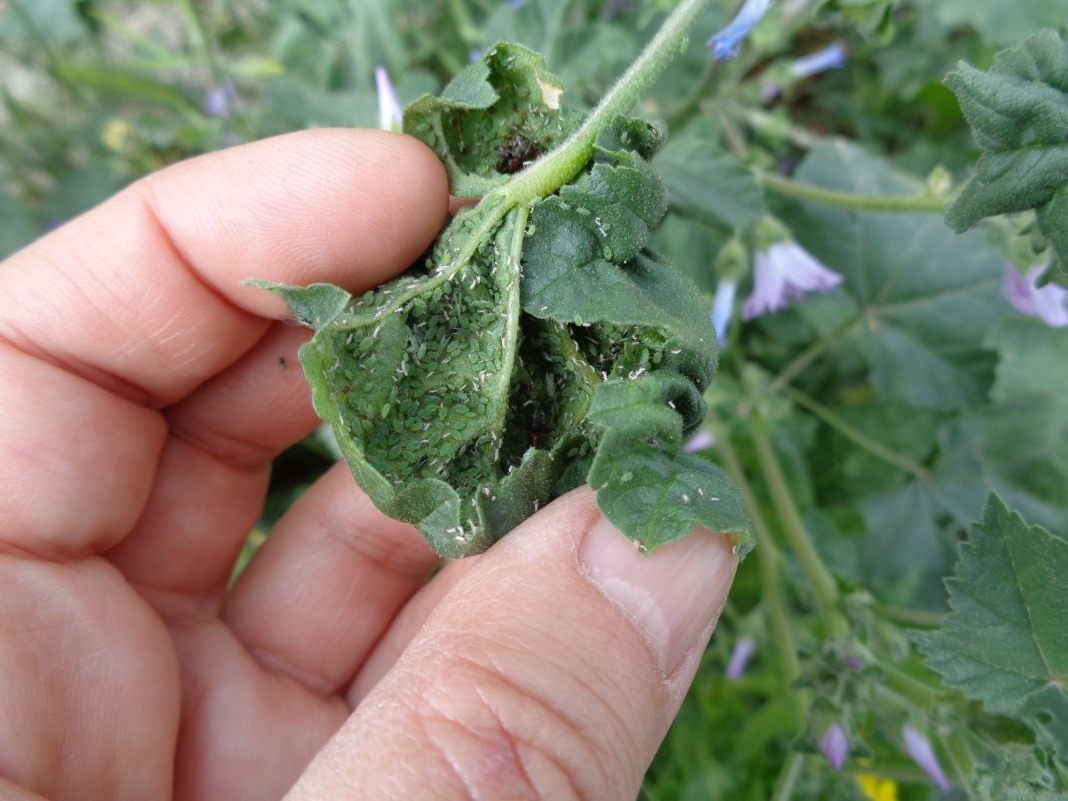 These worms damage the shoots, leaves and buds of a plant. A characteristic sign of damage is light spots, which subsequently darken and die off. As a result of the activity of nematodes, the bush noticeably lags in growth, shoots and leaves are deformed.

The affected dahlias must be dug up and burned. In the same place, the flower can not be re-planted. To combat the pest, you need to use marigolds, placing them somewhere nearby. The smell of this plant repels nematodes.

Insects feed on the young leaves of the plant. As a result of this, metabolic processes in the tissues are disturbed. Initially, brown spots appear on the leaves, and then the plates are completely wrinkled.

With a small number of pests, you can get rid of them in a folk way using a solution based on Coniferous soap. If the lesion is massive, it is necessary to use Mospilan or Iskra-M preparations.

Important! It is necessary to carry out the processing of the bushes in the morning, as during this period the bugs are inactive.

These creatures are activated at night. They are attracted to the young leaves of the plant. Pests gnaw holes in them, and sometimes eat them completely. This negatively affects the decorative bush.

To destroy slugs, it is necessary to use preparations based on metaldehyde. In dry weather, you can pour wood ash, red pepper or superphosphate at the base of the bushes. To destroy slugs, they make beer traps, because they like the smell of this drink.

A small white butterfly that lays eggs on the back of the leaves of a plant. Gluttonous larvae appear from them. To destroy whiteflies, it is necessary to water the plants with Aktara working solution and at the same time spray the foliage with Mospilan or Actellik.

During flowering, large black insects appear on dahlias. Their size is about 1 cm. They feed on the petals, stamens and pistils of the flower. Spraying with insecticides does not give the desired results, since new ones come to replace the dead pests. The only way to save dahlias is to collect the beetles by hand.

Sometimes dahlias can suffer from gamma scoop moths. This pest is activated in late spring - early summer. The insect eats nectar of flowers without causing serious damage to the plant.

The danger is represented by its larvae that damage dahlia tubers. As a result of their vital activity, the plant begins to fade. For the destruction of caterpillars, it is recommended to use the drug Fufanon.

What if dahlias do not grow? Such a question can be heard from many gardeners. Slow growth is most often caused by diseases and pests. In order to prevent such a problem, preventive measures must be observed.

Dahlias do not grow well, what to do in this case, it becomes clear when identifying the root cause. In order not to subsequently encounter such a problem, it is necessary to monitor the condition of tubers in winter and bushes throughout the season.